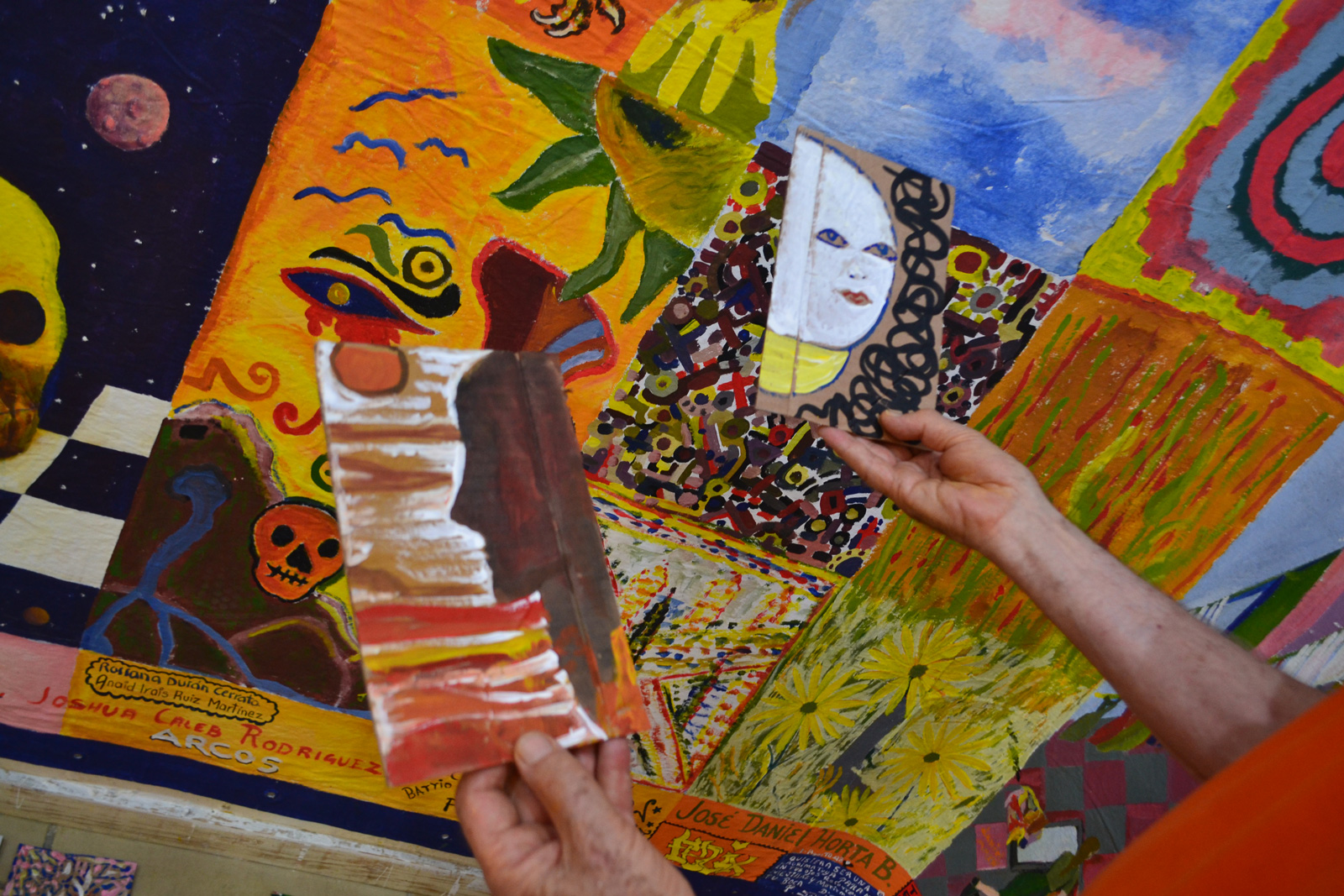 The meeting took place in Barranca Gallery in the lush surrounds of the Chapultepec Park, as part of an exhibition to commemorate ten years of the La Cartonera, the first cardboard publisher in Mexico. Over the course of two days, cartonera publishers discussed the social and political role of cardboard publishers; the materiality of book-making practices; and the literary and political texts that the cartoneras published. In addition, we held a book-making workshop for the public, at which different publishers could showcase their techniques. In the evening, we heard music from Kristos, the rock musician whose lyrics were published in the first ever Mexican cartonera book.

The Cartonera meet-up in Cuernavaca allowed me to personally reflect about my work as the editor of El Viento Cartonero, as a writer, and as a cultural agent. Thinking about the collective, the possibility of finding out about the experiences of other cartoneras and exchanging ideas was very valuable, and will strengthen the national and world cartonera movement in the coming years.
Israel Soberanes, publisher, El Viento Cartonero

Personally, I really enjoyed the diverse foci of the different projects that participated, from those that have a clearly social focus to those who publish simply for the pleasure of doing it, with both representing acts of resistance in our daily lives. The themes approached seemed very pertinent, and the dialogue generated was very enriching, serving both to confirm our way of perceiving cartonera books and publishing at the Rueda, as well as to encourage a new personal project that will combine, in a well-thought out way, graphic design and literature as fundamental scaffolds of the cartonera endeavour.
Lorena Baker, publisher, La Rueda Cartonera