In this blog post, Sonia Morcillo introduces the new cartonera collection that the Cambridge University Library is building in collaboration with the Cartonera Publishing project team.

Go to link
Related Content:
‘Cardboard Publishing’ movement in Mexico
Community
Go to Community and meet all the collaborators of the project or go to About the Project

In 2017, Cambridge University Library became a partner in the two-year AHRC project “Cartonera Publishing : Relations, Meaning and Community in Movement.” The Library then agreed to build a collection of 200 items from cardboard publishers (editoriales cartoneras), with a focus on Mexico, Brazil and Argentina.

To learn more about the project, you can visit its website here. The colourful site is packed with useful resources, including a short documentary demonstrating how a cardboard book is made and insights into some cartonera publishers collaborating with the project. 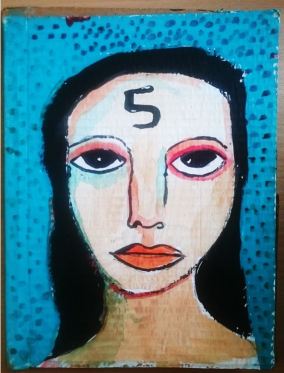 The University Library started collecting cartonera books a few years ago, although just a handful of items had made it into the catalogue by the time it joined the project (see our former blog post on the Cartoneros here). Over the years, the Cartonera movement has increasingly attracted the attention of researchers for the role it plays as an alternative and independent publishing project involving poets, designers, publishers and cardboard collectors. The intrinsic goal of these books, however, is to make literature accessible to everyone, regardless of whether the book is written by a major literary figure or by a lesser-known writer within the community.

Since joining the project, the Library has acquired some 70 items from various publishers in Brazil and Mexico. In addition to these, we  have recently purchased about 30 books outside the project and have received a small donation of Argentinian items from Alberto Manguel, former Director of the National Library of Argentina. With all these purchases, we aim to have a wide range of Latin American countries represented in the collection. Cartonera publishers from Argentina, Peru, Ecuador, Uruguay and Venezuela are some of them.

All these new acquisitions are currently in the Conservation department, where custom-made acid-free boxes are lovingly prepared for them. The processing of the collection is therefore ongoing.  The books will be placed in a Special Collections class and will be consulted in the Rare Books Reading Room. At a later stage, we plan to hold a workshop or pop-up exhibition to showcase the collection in an informal setting, so stay tuned!

The new acquisitions from Mexico purchased for the project include a wide range of cartonera publishers. To learn more about their output and activities, click on their names below. Their blogs, websites and Facebook pages are visually very attractive and make for truly enjoyable reading (the content is in Spanish or Portuguese, though).

We really hope that this special collection will foster interdisciplinary research in the areas of Latin American culture and literary studies by building on already strong Library collections in visual culture and literature, two areas of research that continue to gain pace at Cambridge.

Back to main page