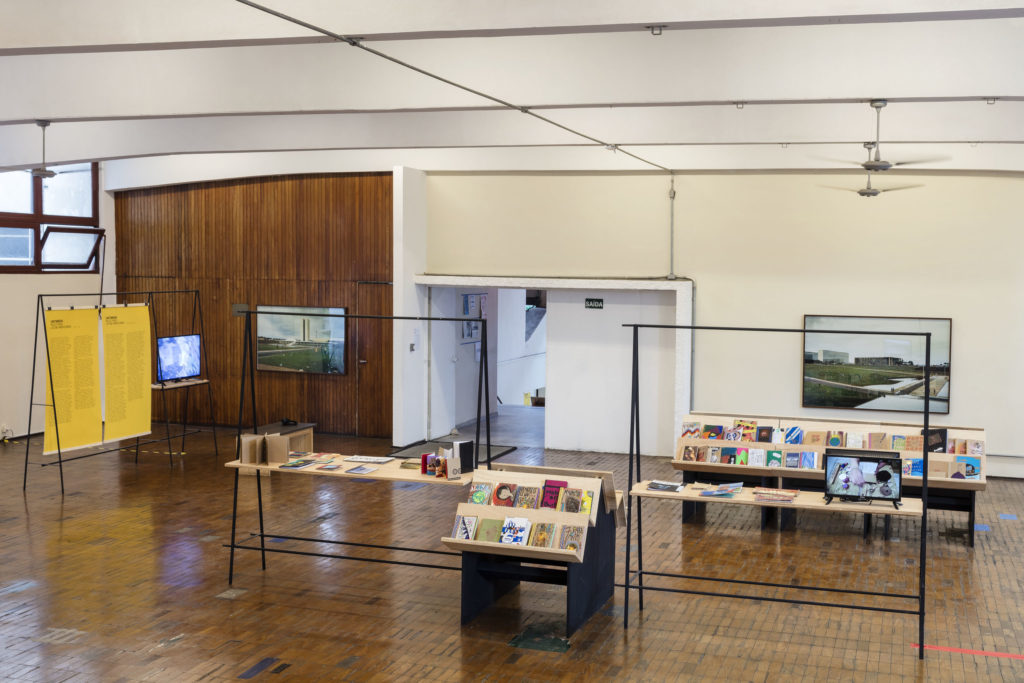 In Latin America, cartonera publishers are relatively unknown, their reach tending to be limited to their immediate local communities. In order to bring cartoneras to a larger public, we curated an international, interactive exhibition in Sao Paulo, entitled Cartoneras: Latin American Re-Readings (Casa do Povo, Oct 2018– Feb 2019). Produced in collaboration with our cartonera partners, curators, filmmakers and educators, the exhibition featured over 350 books from 40 different cartonera collectives.

The exhibition attracted over 2,500 visitors; and was reviewed in Brazil’s largest circulation magazine, Veja (circulation of 1 million), and was the subject of a feature report by the national Brazilian TV news programme, Journal de Culture, with an audience of 4.8 million people.

Casa do Povo was chosen as a venue because of its connection to the local immigrant community. Indeed, the idea behind the exhibition was to welcome diverse visitors into a friendly, communal space, allowing us to achieve our two main goals: equip the general public with a broader (or new) knowledge of the world of underground publishing in Latin America; inspire (and train) visitors to make their own books out of recycled materials; and therefore challenge the widespread perception of literature as the reserve of the elite. The participatory centre of the exhibition was a workstation, equipped with cardboard from the Glicério recycling cooperative (as well as paints, boxcutters, thread etc.), where the public engagement team helped visitors to turn the exhibition catalogue into a hand-made, personally-decorated cartonera book. The workstation also provided a free printing facility so that visitors could bind in cartonera form whichever PDF text they had chosen. Over the duration of the exhibition, over 300 catalogues were created in this manner and roughly 30 scholarly and activist texts were bound, allowing us to work alongside people integrating cartonera, both literally and affectively, into their research process. 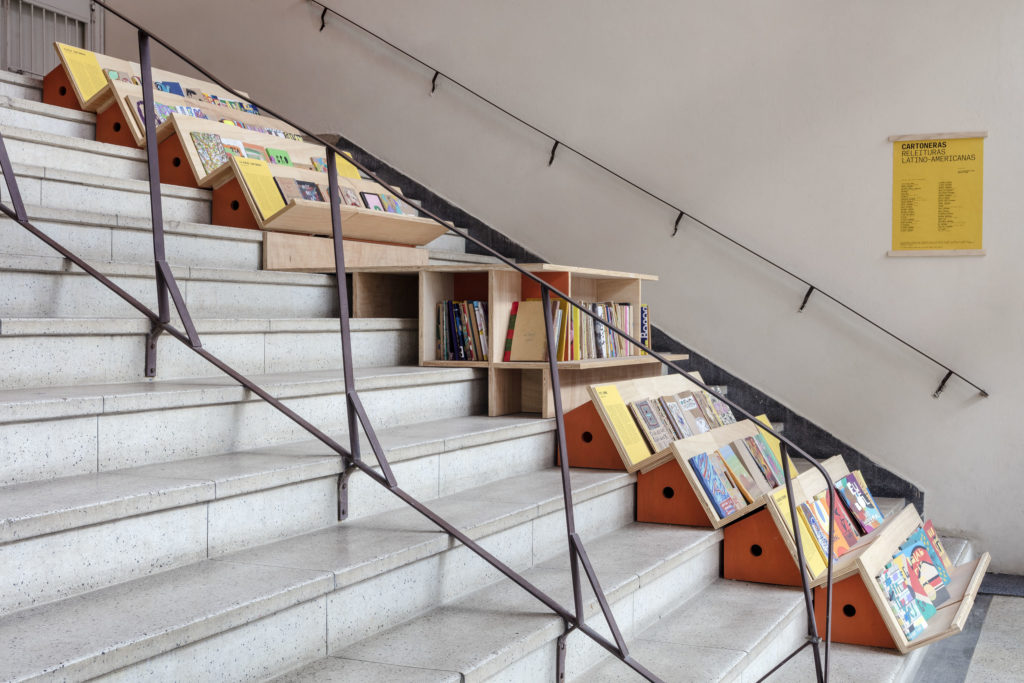 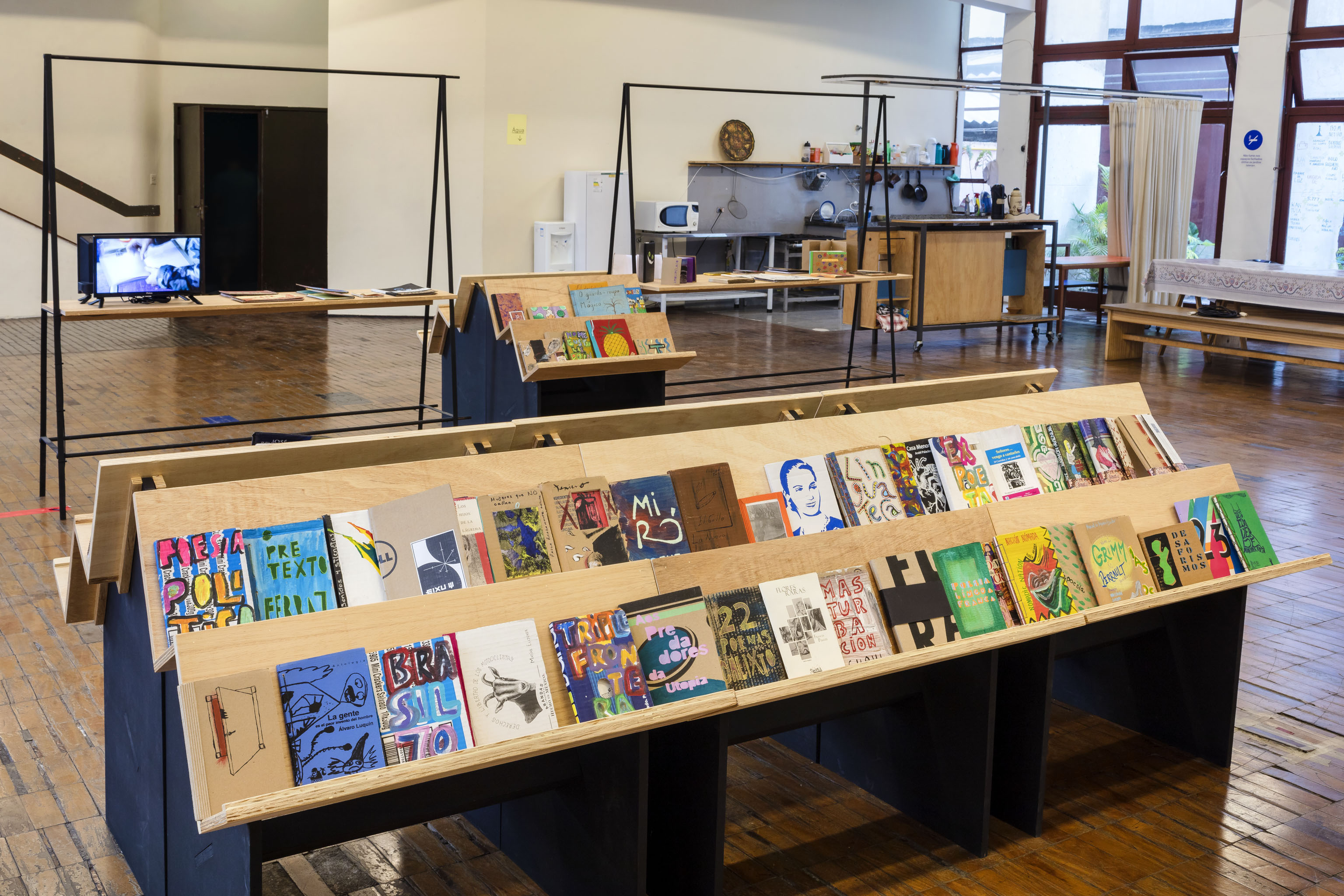 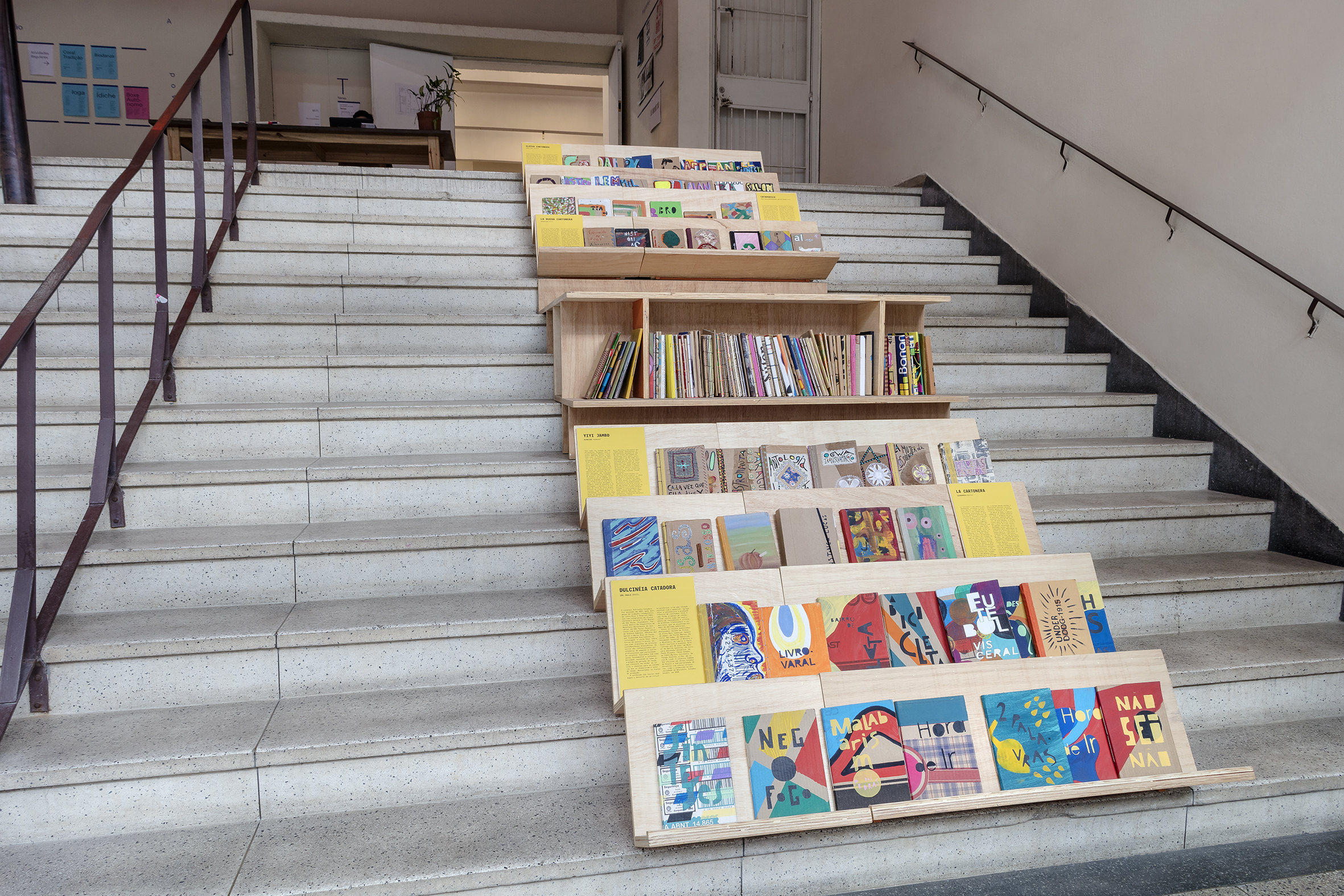 The public programme organised a series of events and a cartonera symposium, sparking unexpected connections, all of which occurred within the exhibition. We would like to highlight three particular events here. The cartonera collective Dulcinéia Catadora led three workshops in the exhibition space exploring immigrant women’s perspectives of São Paulo.

The participating group, comprising representatives of different feminist and LBT (lesbian, bi, trans) collectives, worked together to create a series of texts that spoke to their experience of living in Brazil’s largest city. Over the three sessions, the participants created ‘Somos mulheres imigrantes’, a cartonera book of these short texts, which through a complex series of folds, became an A2 placard of protest to be used in a march following the third session. Two educators created their own cartonera publisher, Sin Fronteira Cartonera. Over a series of sessions, Sin Fronteira produced six books, including Dialogos, reflexiones y desafios en Colombia: Hacia un feminismo popular, a text organised by the Colombian feminist collective Red de Mujeres de La Sabana.

Finally, the public programme team organised the event ‘Iy mũn ku mãk pax’, designed to bring into focus languages spoken in Brazil beyond those of the colonizers, Portuguese and Spanish. This event took place over two days and, inspired by the bi-lingual texts of the cartonera collective Yiyi Jambo that create a deft interplay between Portunhol Selvagem, Portuguese and Guarani, the event sought to work with themes of how colonial structures have systemically silenced indigenous languages and literature. Juanito Cusicanki and Beatriz Morales of Aymara and Quechua ethnicity respectively, were invited to present their indigenous alphabets based on their oral knowledge. In the second workshop, representatives of Guarani, Pankararu and Baniwa peoples spoke about their experiences of state kidnapping and the subsequent imposition of Portuguese on their communities. Contextualised by these moving accounts, the title of the event came to hold a particular significance: from the shamanic chant maxakali / tikmũ’ũn, Iy mũn ku mãk pax means ‘my beautiful voice’. 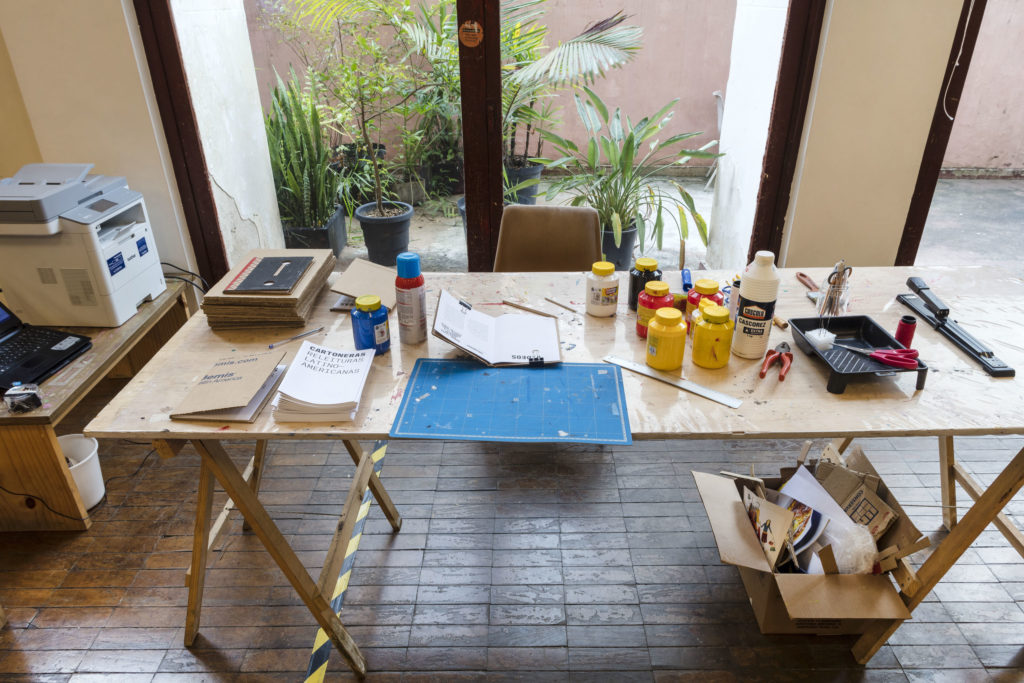 The exhibition’s workstation, equipped with cardboard from the Glicério recycling cooperative

Selected comments from the visitors’ book:

“Lost for words! You have showed us how to do so many things without the need for making things too complicated. Simply beautiful.” Júlia 31/01/2019

“I went to the Casa do Povo for an unrelated meeting on and was pleasantly surprised by this exhibition. I immediately thought of developing something for my students as I am a teacher in a state high school. I learnt all about Cartoneras and I was really well received by Maria Paula, of the public programme team.” Louisa 15/01/2019

“Thank you so much for the experience! It was a learning process that seemed simple but it made me so happy and so enthusiastic about producing my next book! Thank you!” Javier 03/02/2019